Samsung has launched the first ever waterproofed Note. The Note 7 is tough, big and beautiful. Galaxy Note 7 has an amazing 5.7-inch QHD (1440 x 2560 pixels and 518 ppi pixel density) Super AMOLED capacitive display with dual-curved screen so you can do more, better and faster.  The display has Corning Gorilla Glass 5 protection. The Note 7 is IP68 certified which means it’s dust proof and water-resistant over 1.5 meter and 30 minutes.

Once again, S Pen promises a ballpoint pen-like experience. The stylus can leave notes on the Always-on screen. There is a translating tool which easily translates the text on the go. Since, the big Note is waterproofed the S Pen can be used underwater too! Other features of the S Pen include text magnifying glass, GIF creator and Air Command.

Samsung Galaxy Note 7 is powered with Snapdragon 820 chipset (Dual-core 2.15 GHz Kryo & dual-core 1.6 GHz Kryo) which will be available only in the US and the other variant with Exynos 8890 (Quad-core 2.3 GHz + quad-core 1.6 GHz) will be available globally.There is Adreno 530 or Mali-T880 MP12 GPU options. The new Galaxy Note 7 comes with 4 GB of RAM and 64 GB of internal storage which can be expandable up to 256 GB  via microSD. “The Note 7 is Powerful” The smart phone will run on Android 6 Marshmallow but will be upgraded to Android Nougat 7.0 in the near future.

Samsung has made Note 7 more Secured by adding an Iris scanner to its bunch of all other sensors including fingerprint sensor,  accelerometer, gyro, proximity, compass, barometer, heart rate, SpO2 sensors. The Iris scanner can be used for protecting and securing your important files. To authenticate your iris, Galaxy Note 7 relies on a highly advanced iris scanner that’s hidden within the phone’s slim body.

“to think big You don’t need a big smartphone, You need a smartphone that thinks big”

The bigger Note packs a 3500 mAh battery which is 500 mAh than the previous Note. The smart phone is equipped with the wireless charging technology found in the recent Galaxy phones. The Note 7 is Samsung’s first device which comes with USB Type-C. The port supports On The Go and quick charging.

The updated Gear VR was also launched alongside Note 7. It has USB Type-C but the new Gear VR is also compatible with previous galaxy devices as Samsung offers Type-C to micro USB connector for the ease. You can also use other older accessories like older charger to your new Note with the help of same connector.

Samsung Galaxy Note 7 will be available in Blue Coral, Gold Platinum, Silver Titanium, Black Onyx colour options. Note 7 is available to pre-order for CAD 1049.99 without any contract or for CAD 549.99 with 2 year contract at Bell Canada. In United States it’s available on T-Mobile and Verizon for pre-order. It is expected to arrive on 19th August. 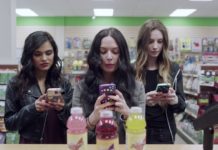 Android Pay is now available in Canada, Spending is just tap away 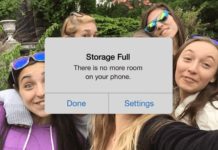 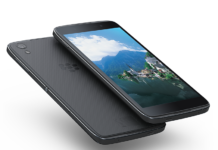